Birds Do It, Bees Do It, Even College Students and Fleas Do It

No.  I am not talking about sex.  Sorry, but I think Rep. Anthony Weiner (D-NY) has that topic largely covered for the week.  We are going to discuss the Great Migration.  Much as sexual relations, migratory patterns, which enhance a species’ chances for survival, are based on the simple evolutionary requirements of food, shelter and procreation.

Manatees migrate in winter to warmer waters, as do gray whales, because as we all know, it’s nice to take a break from sweaters. I know there are myriad scientific explanations for why these lumbersome mammals, ill-equipped for the colder waters of their natural habitat, migrate south in search of sunnier temperatures to feed, and breed, but the real reason lies in the fact that they are tired of taking sweaters to the dry cleaners.  They’re tired of cumbersome rubber boots and muck.  According to those in the know, “muck” may be exactly what these “bottom resters” seek, where the sun-warmed water is easier to find in shallower basins, but for the rest of us, it’s the chance to rest.  This desire for warmer climes is not only blubber-driven; even pronghorn antelopes, in prime physical condition, travel in herds to dine farther down the hill on a winter staple, sagebrush.  It’s a bit prickly, prone to poke gums and therefore cause canker sores, but face it, more diverse options, and delicate morsels, are only available on high when the heat is cranked up enough to melt the snow.  Summertime, and the livin’ is easy.  In theory. 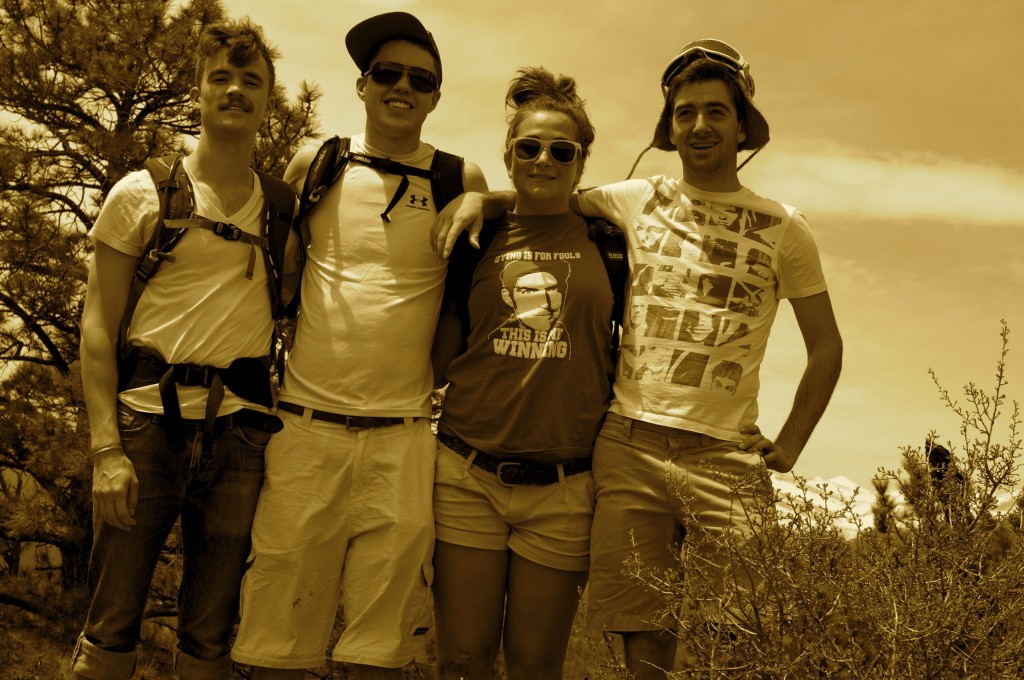 Beginning in early May, college students return home to summer and take a break from their educational journeys.

There is another category of mammals who engage in migratory practices, namely college students.

I‘ve had a problem with miller moths, since, well, forever.  One of my most horrific recollections of an encounter with the dusty pests was when, at age 12, recently sprung from 6th grade, I spent the night at our local hospital in the Pediatrics Ward, to be fully prepared for an early tonsillectomy the next morning.  This sort of of hospitality is unheard of, in these days of incredibly short hospital stays.  My mom, in anticipation of the overnight, created a special Holly Hobby-themed nightgown, with matching robe.

My hospital room was inundated with miller moths, and I refused to spend the night there.  I offered to sleep in the hallway, in a wheelchair; I did understand the importance of early morning prep time, but the option of sleeping in a room with thousands of moths banging their wings against the window was not a likely one.  This is not an exaggeration.  It’s true, they only sought the bright lights of the parking lot, poor creatures, and were terribly confused; it was not my fault that thick glass blocked their way.

My dad, a radiologist on staff, came to the rescue, armed with the daily edition of The Greeley Tribune, and a magazine he’d picked up in the waiting room, and went to work eliminating the moths so I’d go to sleep.  It created quite a racket, attracting the attention of the entire nursing staff on the floor.  It was a great opportunity to see one of the hospital’s physicians in his “Dad” clothing.

College students, like millers, eat everything they encounter on their travels homeward. 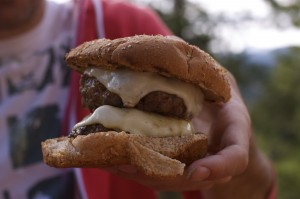 College students, as do moths, eat everything in their path.

However, college students aren’t pests.  In fact, I like them, and encourage their arrival.

A bunch arrived last week from Iowa.  They were hungry, and tired of studying.  Our son, Harrison, and a college buddy, arrived punctually that first night from Mount Vernon, Iowa at 9:29 (only 5 minutes off from what their GPS had predicted, a marvel, I think,) in starving condition after driving it straight through (idiots!)  I fed them leftovers.  That buddy headed out the door at 9 the next morning, but came back later in the week.  Another showed up for several days, and there were four more additions that flitted in during that time.  I dealt with this influx with a large batch of pork green chile, which received rave reviews, and created endless leftover opportunities.

Then, the college kids continued on their migration.  Which was interesting.  Rather than destroying crops and eating gardens, they progressed towards post-graduate plans, or summer internships.  We were caught in the middle of their flight, and were entertained by their presence.  After all, at this age, our children and their friends, for the better part of the year, are ensconsced in their studies.  This incredible migrational opportunity allowed us to share their lives, transient as they were, for a brief time.

I participated in a segment of the transitioning process, along with Harrison, who will spend his summer back in Iowa.  For him, homeward migration was very brief.  After returning to the homestead for a week, back he went for his summer job; we drove together back to Iowa over a day and a half, and then I flew home. 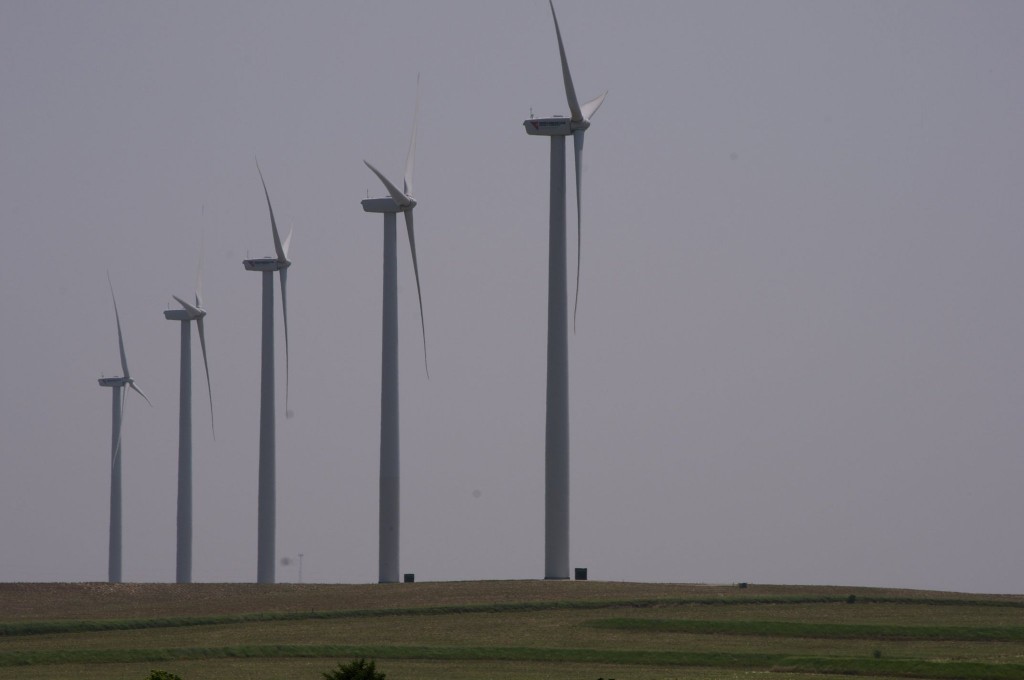 Gigantic windmills sprout up along I-80, the “wind corridor”, and create poems for the traveler.

Along the way, we reconnected, reminiscing about past family vacations, and making plans for new ones.  His excitement about working on campus all summer in a chemistry lab grew, much as did his trepidation of what this new experience would entail.

He shared with me plans to hang a hammock in the yard of “Yellow House”, the name assigned by the Cornell College track team members who rotate through it.  Worries of how to fit in work, a rigorous running schedule mandated by his cross country coach and the novelty of cooking his own meals mingled with the exhilaration of independence.

Not all that long ago, I spent the latter part of spring devising activities to keep our kids occupied throughout summer vacation.  Swimming and tennis lessons, camp, and the occasional blockbuster movie battled for precedence over the dreaded Math Review that called to them from the corner of their rooms, predicting dreary time spent poring over calculations, guaranteed to keep their minds elastic and boredom free until they returned to school routine mid-August.  The season’s highlight was the arrival of the newest Harry Potter novel, which, over seven years, presented new adventures from their perennial favorite.  The months-long hype and build up to acquire and read each new sequel was agonizing, culminating in a grand celebration at our local Borders Books, an event highlighted in gold stars on our calendar.  When the great day arrived, we’d set off around 10 that night to wait in line, sipping butterbeer (a concoction remarkably similar to cream soda, with a hint of butterscotch flavoring tossed in,) entertained by magicians and other assorted scoundrels, as the line snaked around the store.  We inched forward, hoping that the store wouldn’t run out of books, all four of our order.  I’ll admit that’s an obsession, but the series was so popular in our home, no one wanted to play second fiddle, averring that the risk was too great that a previous reader might let some precious information about what happened to Harry slip.  In case you’re concerned, we donated half of the volumes to the library.  Books in hand, we’d race back to the house to sit on the front porch together all weekend in utter silence to savor every word. Each of us exhibited a different reading style, with Dr. K zipping through fastest, and me re-reading paragraphs, just in case I’d missed an important clue. The kids were somewhere in between.  Lethargic summer heat overwhelmed us, sipping something cool that wasn’t butterbeer.

On summer driving trips, we used to play the license plate game.  On the trek back to Iowa this week, Harrison and I evaluated, and at times drooled over, the brands of bikes sported on the backs of our fellow travelers’ cars. 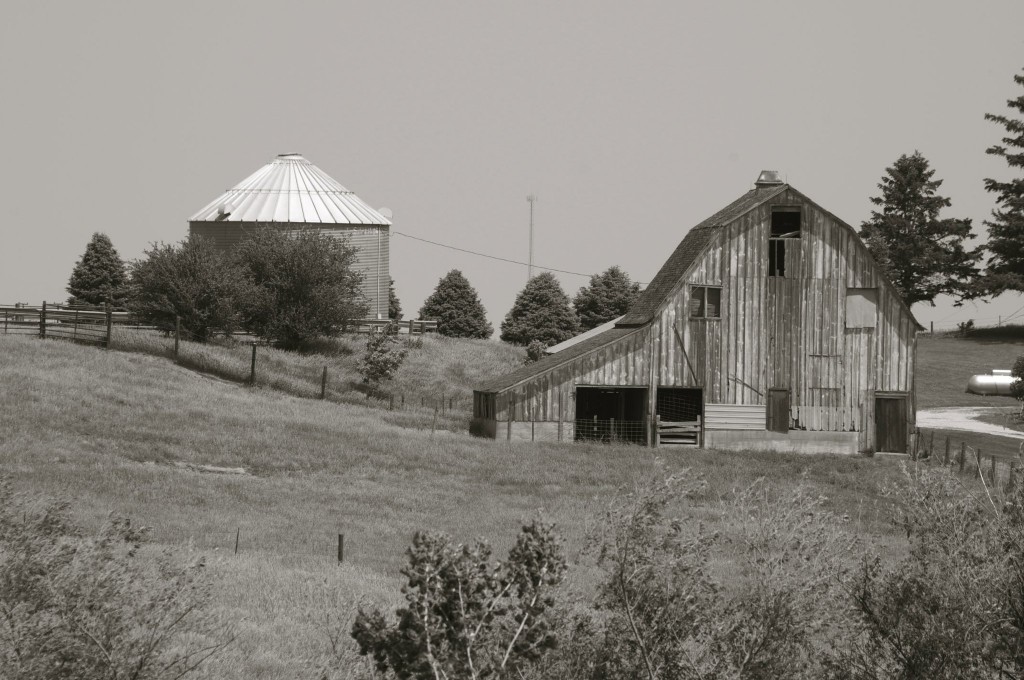 Beautiful paint-stripped barns dot the corridor of I-80, lending grace to the fast food establishments that predominate the freeway.

We admired picturesque barns, red ones, white ones, and those stripped bare by weather of any discernible hue, their simple beauty enhanced by the intense green of rolling countryside. We considered, perplexed, the T-Rex hiding among the trees alongside I-80, just outside Lincoln, Nebraska, and decided that everyone needs a large fake dinosaur lurking around the corner; shock value is one of those things that keeps people on their toes. 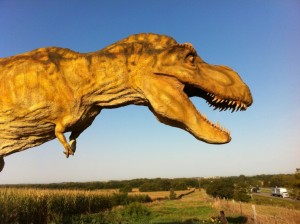 Buzzing along eastbound on I-80, it’s easy to miss the gigantic T-rex, poking its head up among trees. Then again, logging all those miles transporting kids to college, it’s entirely possible to think you’re beginning to imagine the craziest things. . .   Photo courtesy of Kerry Fisher. Thank you’s go to Deb and Kerry, for their off-road trek to search for said dinosaur and snap his picture for me.

Hotels and vacations used to earn points based on the size of the indoor swimming pool; if the establishment hosted an outdoor version, all that much better.  Fried chicken fingers, french fries and hamburgers were all that were required.  Harrison, spending his summer away from home for the first time, is venturing further afield, enjoying such delicacies as shrimp lobster bisque, and admiring the art deco interior of Hotel Deco in Omaha.

We drove towards Iowa, listening to John Mayer’s, New Deep, reflecting on the lyrics; the song lulled me to sleep while Harrison took a turn at the wheel, its tiny repeated jabs acupuncture with chords, as the miles ticked along propelling us down the highway towards Omaha, and dinner.  We acknowledged that it was okay to analyze our lives, our relationship as parent and kid. It only intensified the bond between us.  It was also okay to let him go, for the summer.  To a new experience, a new great adventure. We’ll stay in touch. 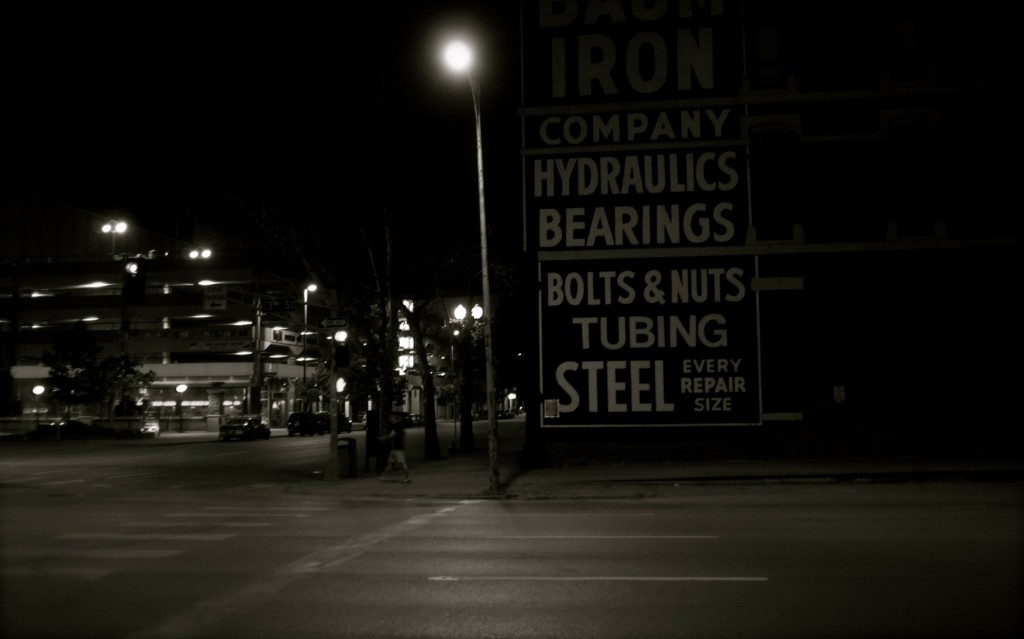 Back Home, On the Range: A Prairie Sonata

Oooh Iowa. Now windmills, always rolling cornfields. I want to ride the Ragbrai with mother Kemme one day, when it ends in my hometown of Burlington, on the Miss. R.

Jordan, when did you change to "Harrison?" I think it is cool! I am glad that you are helping in a chem. lab.