It used to be that all the information you needed to make your loved ones happy during the holidays were the names of Santa’s reindeer, the P.O. Box for the North Pole, a carton of milk in the fridge, and a plate of cookies. An optional glass of eggnog and a candy cane earned bonus points. On the business side, you sent holiday cards to friends and associates, and maybe placed an extra ad in the paper to attract customers. Throw in a spritz of tinsel, add jingle bells to the door, and call it good. Nowadays life is more complicated. If you want to get your point across to gazillions of people and have happy holidays, you have to use a hashtag. Several, if you’d like your business to succeed.

The hashtag was envisioned as a nimble tool to lasso customers, drive them to your website, and impress them with your brand.

While it sounds a bit like a cattle drive, the true purpose of a hashtag is to sort and classify. Think of it as a library card catalog, but less bulky. If you’ve got spot on verbiage, once you’ve got buyers frothing with excitement that they have found you, a hashtag promises to skyrocket sales, magnify your online presence, and allow you to trounce the competition. It’s all conducted in a friendly, metadata sort of spirit. Let’s order a box of pre-decorated Christmas cookies, and do a virtual fist bump to that. 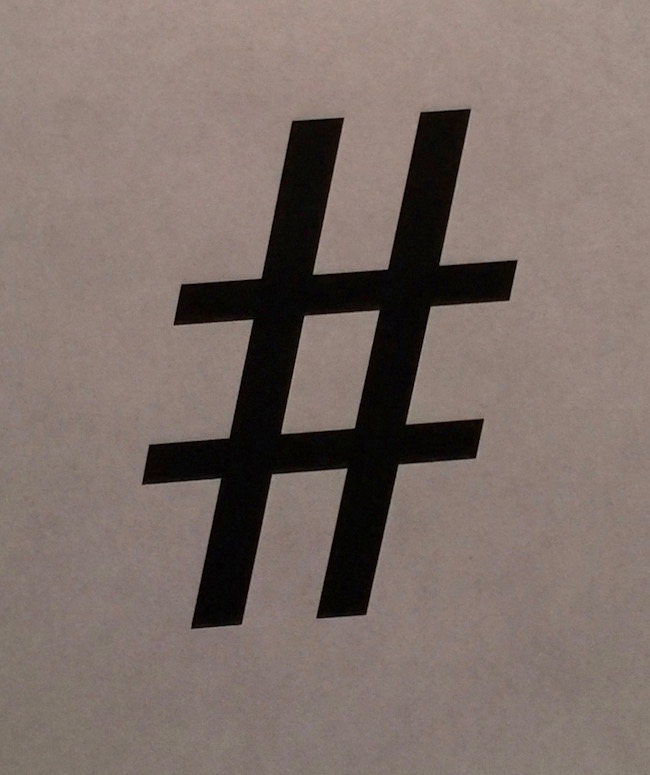 The hashtag is a new method of getting your point across, boosting sales, and more importantly, irony.

But here’s the rub: anyone who’s in the know is using precisely the same hashtags, resulting in an avalanche of the exact same words popping up on Twitter, Facebook, Pinterest, Instagram, and on the Great Indoor Mall of the Planet, Google. Since I last checked in on Twitter a few hours ago, my feed has grown from two new tweets to 3,072, and it continues to explode exponentially with well-considered hashtags relating to what people think I should purchase to make the #holidays #happy. One business growth website recommends 106 Hashtags for the Holiday Season, guaranteeing that if a merchant liberally sprinkles a few #Christmas, #Presents, and #HolidaySavings tags into their Tweets, retirement and a life of leisure thanks to the goldmine of wealth customers will lay on the virtual doorstep is at their fingertips. Leisure is relative. It will only last until the #AfterChristmas sales season gets in gear at 12:01 a.m. on December 26th.

Even if we did stop and read the monstrous time suck that is Twitter, this method of brain vacuuming could promote worry that communications longer than 140 characters are endangered. But, don’t give up hope yet. While the hashtag, with all its generic simplicity, is one of man’s better attempts to get his point across over the millennia, this method of communication isn’t complex enough to last.

Humans do not want to make language too easy. It makes us feel stupid. We prefer to remain mysterious and somewhat oblique about what we have to say.

Consider some of the types of communication that have real staying power. 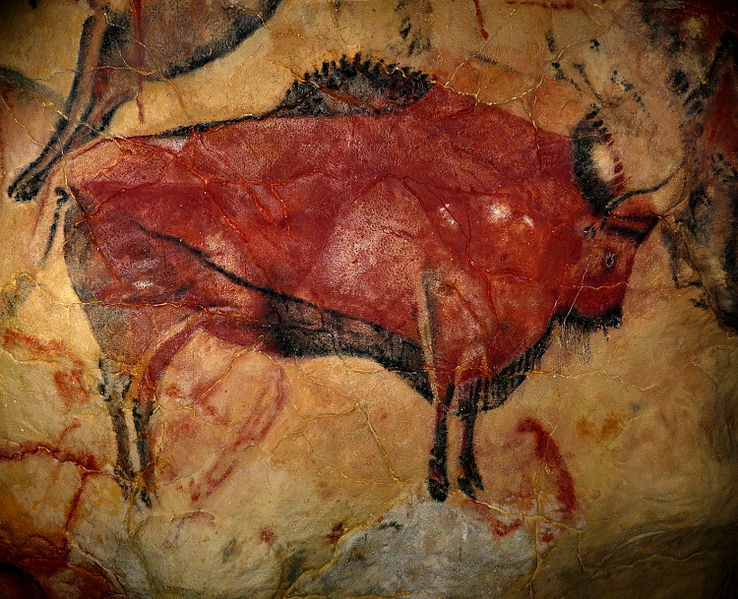 We aren’t completely sure what primitive man was doing when he used pigments and dyes to decorate the walls of caves, but we think it was some method of communication. (Wikimedia Commons) 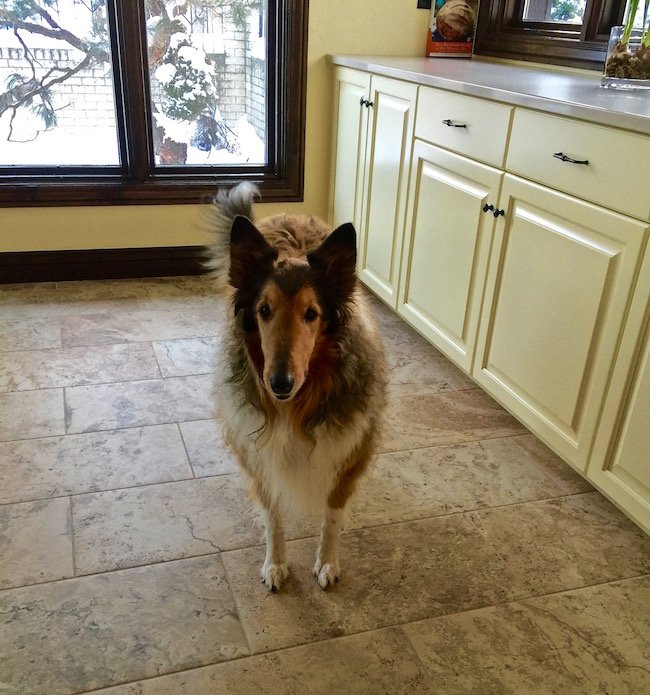 We talk to our dogs, and they communicate back. All in all, it’s a pretty satisfactory system. They get fed, and we receive their unending love in return. What is Flopsy saying here?

The take-away? Don’t worry too much about peppering your texts with hashtags. As a much too simplistic communication tool, they’re not going to last forever.

The Face of Homelessness Is Not What You...

I’m going to send this to my best friend in Phoenix who’s an English teacher. She’s going to love it! Plus, my social media hero and podcast co-host, Val, is totally going to get a kick out of this. Emily, this is one of my favorite blog posts. Where do you come up with this stuff? It’s brilliant! … and definitely vodka inspired … or should I say tempered. Round of applause.

Thank you! Where do I get the ideas? I’d say they’re a bit like a bread starter. You take a teaspoonful, and it grows into an idea for a blog post. I only wish I weren’t baking so much bread in my head at 2 in the morning.

That’s because it is. A guy named Chris Messina proposed that the pound sign be used to define groups, per this question (from Wikipedia): how do you feel about using # (pound) for groups. As in #barcamp [msg]?

I gave up IT when my son was born. Now I am firmware engineer and I only leave the lab when its time to go home and I like it that way. 🙂

You of all people Tim! If you are a data miner, hashtags are where it’s at dude!! 😉

I never did get the # and still don’t. I get R2D2 and the cave man thing and even Lassie but the # I don’t get. I get smile emoticon and wink emoticon but maybe I am just not hip enough! 🙂 😉