Is What You Taste All In The Perception?

I recently had a run-in with a sweetbread and decided it was offal.

Stop looking at me funny. That was a pun.

We were ordering dinner at a restaurant celebrated for its way with food and opted for the “tasting menu.” Before a crumb of bread would be served, a decision was required of us, a decision that is a fork in the road, if you consider dining out a voyage. We were required to make a decision — admittedly with a gulp of saliva that trickled its way downwards, dripping with a gloop of worry into the pit of our stomachs where it then settled with a chill — that yes, we were adventurous diners.

When talking about taste, the term adventurous is relative.

It has much to do with where you were raised, who was responsible for the food preparation while doing that raising and how many trips to the darkest of Peru the raisers escorted you on for vacations. It also, as Frank Bruni pointed out in the New York Times, depends upon your level of food maturity and to what lengths you have experimented with foodstuffs as you aged. Tasting a new dish is half the battle; the other half is an open mind.

We are raw oyster slurpers, sashimi fish nibblers and beef tartare gobblers (wobbling raw egg included). I will take a dare, IF that dare has something to do with eating. My daughter-in-law recently challenged me to join her for a Nuclear spicy fire noodle Eat-a-Thon when they visit over Christmas. 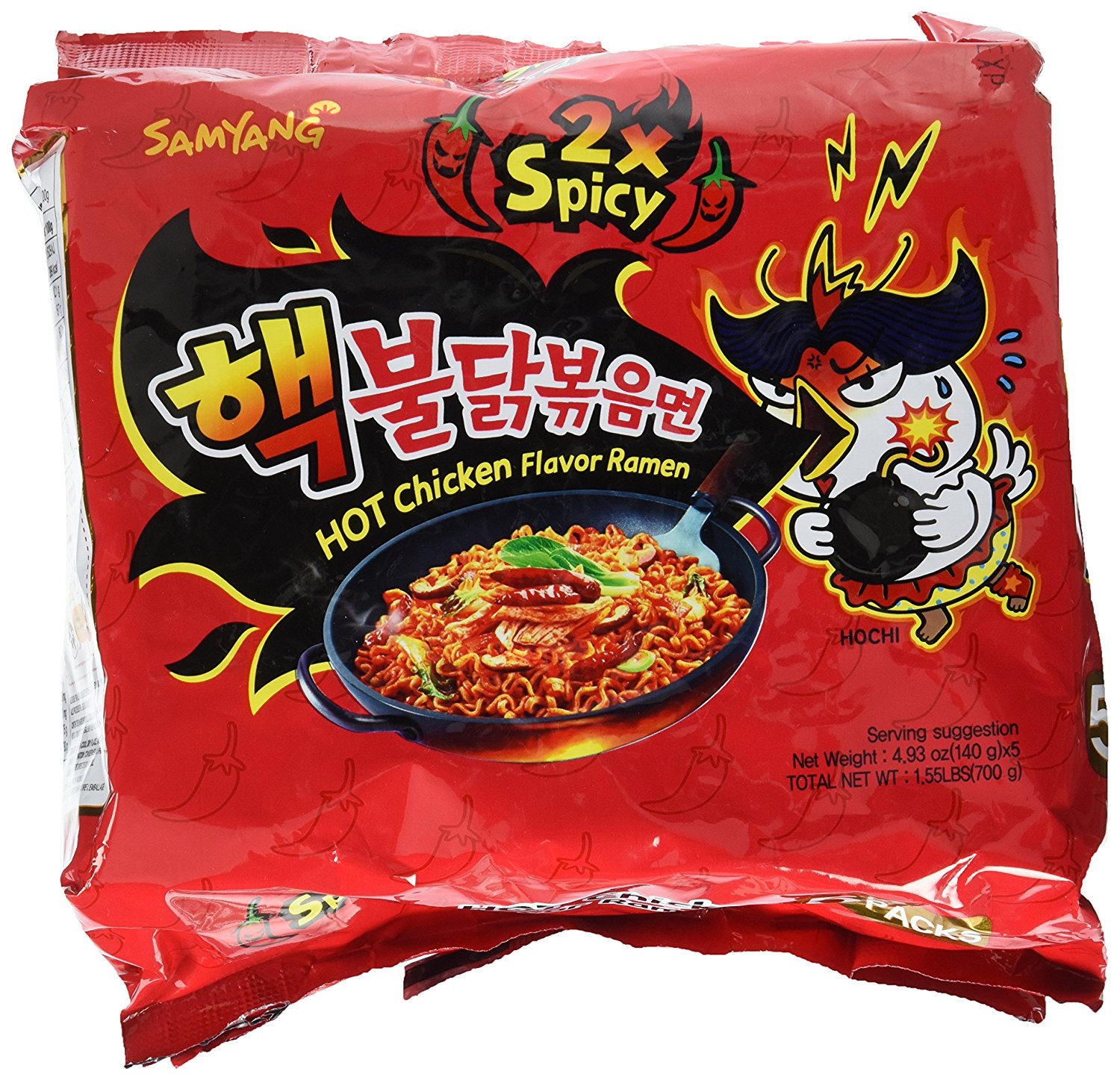 I think I’m an adventurous eater, but I might change my mind after the Nuclear spicy fire noodle challenge.

So we were okay with the “adventurous of palate” description.

That means we didn’t provide the waitress with a list of “maybe’s” — those menu items you skim over with a shrug and a “No, thank you.” Because, face it. You only go around once in life and a meal isn’t typically a last supper in the sense that you’re confined to a cell and have an early morning date with the man in black.

Although, considerations like that do create another qualm of worry: what if those sweetbreads you supped upon were slated to be your last? Mightn’t there be a layer of residual disappointment in those last breaths, knowing the most recent taste to pass your lips was offal? What if you had been craving fiery hot Cheetos and you didn’t get them before, well, you know. . .

Even so, we tucked in our napkins and corralled our minds, convinced that (1) the restaurant serving the offal had experience handling oft-discarded animal parts; and (2) a skilled restaurant would be unlikely to offer awful offal to its patrons, knowing that they may never return. A situation like that could make for many empty seats in the establishment.

But before I took a bite, I realized there is a much larger question here. Taste is all about perception.

Do we taste what we anticipate or do we taste what is experienced? Is it situational? Is it driven by hunger or curiosity? And which do we savor more in the long run, the brief ride over the taste buds or the memory of what we convinced ourselves we tasted while engaged in the process.

My friend Heather had a similar experience related to burrito disappointment.

She stopped by a Mexican food drive-through one day because she was craving a spicy bean-and-cheese burrito. She was particularly anticipating the green chile. It was the only reason why she left work at lunchtime. Cravings will do that to a person. 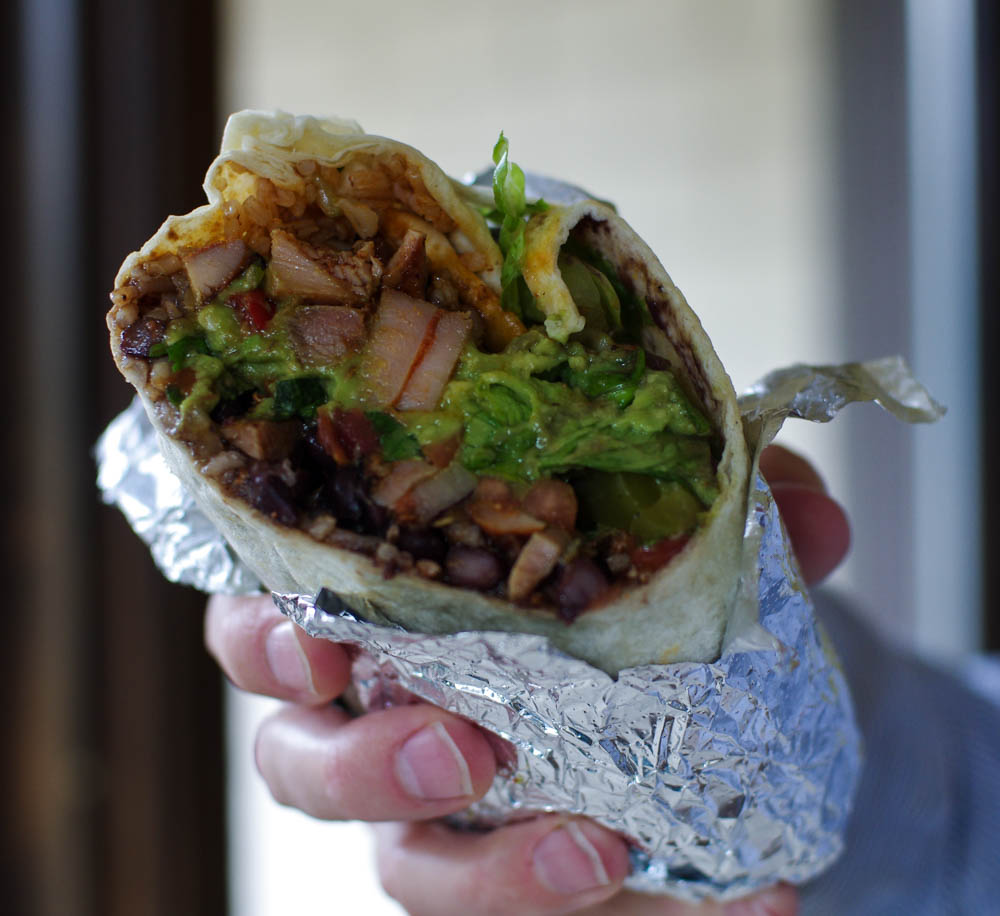 Burritos can be tricky. When you load them up with too many ingredients, there’s a lot of flavor competition and you end up tasting nothing more than the thought that, yes, I am eating a burrito. Agree?

Unfortunately, Heather had bad spice Karma that day because she was handed someone else’s burrito order, one without green chile. To some, this might be considered a travesty, and yet Heather understood people do make mistakes. Green chile failure happens.

She went on her not-so-merry way, observing that the green-chile-deprived burrito was a bland disappointment of bean and cheese. But Heather, who tends to have a philosophical bent, believes, “Taste is often heavily influenced by expectations.” She says that when she’s in the mood for a certain food, it’ll taste all that much better when she gets it. And if she can’t or doesn’t get what she craves, “The unmet desire can make perfectly great other food seem vaguely disappointing, even if I would, under normal, not-craving-some-other-food-sort-of-situation, like that other food equally as well.”

But back to the sweetbreads — those glandular nuggets of thymus. 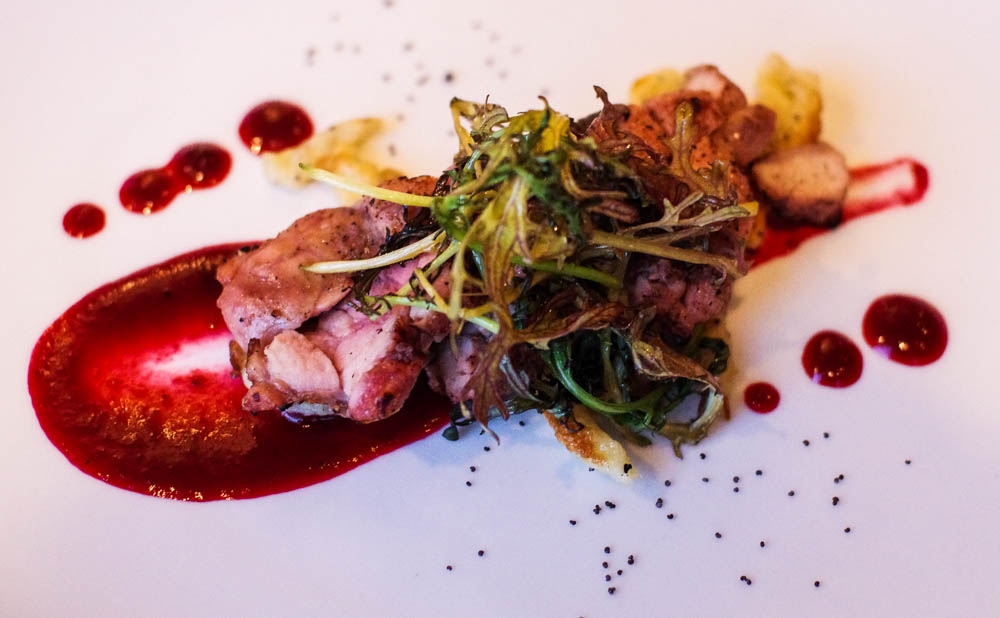 Creamy and sweet, the sweetbreads were tender and moist with none of the aftertaste some organ meats will have. Was it the name? Or the enjoyment of a culinary adventure.

They weren’t awful. In fact, they were fantastic. Creamy and slightly sweet, the meat was tender and moist with none of the aftertaste some organ meats will have. I wondered if the sweetbreads tasted good because of the name — how could anything related to sweetness and bread create a bad impression? Or was it that element of trust we had in the restaurant’s skill? I’m not sure what I expected to taste before that first bite. There were certain expectations. There was the expectation of excellence and the expectation that we were jumping off the cliff into a culinary adventure. The perception was a combination of factors where all of it weighed in to create the whole, the balance hanging favorably for experimenting.

I’m not sure I’ll be able to say the same for the Nuclear spicy fire noodle challenge. I’ll get back to you on that one.

Bulgur with Zucchini and Poached Egg

A Serious Discussion About Leftovers

Sweetbreads prepared with a fruit purée and greens.

Soooo is it for dessert…or dinner?

It’s an appetizer, or light dinner. They taste meaty but have a mild, delicate flavor. The one in the photo was grilled.

Your description of the food really makes one feel the food in their stomach. The visual was descriptive. I was not salivating for the sweet bread which I have eaten long ago at my Uncle’s sorrie …sp?
and I am looking forward to a small bite of Mia’s food…I love Asian but not too hot

Well, supposedly these packaged Korean spicy noodles are the hottest prepared noodles out there, with an 8,706 Scoville rating (that’s horridly hot!). You may want to skip this treat.

Yeah…I am way affected by what I know about original function, etc. (The closer to a vegetarian dish, really, the better I like it. ) But with regard to taste, I agree that it’s a matter of perception.

I’ve tried sweet breads 3 times I think? And not a fan. I typically like strong flavors, and I love gizzards and hearts and chicken livers in whatever form, however, this gland is just too strong for me. And thanks for the note on the kidneys – yeah, I don’t think I’ll do that again. LOL

Yeah, that was good info to know about the kidneys.

Well…I learned after my 3 years at the Cordon Bleu never to eat kidney. We had to cook it 3 times and in between lots of draining. I asked the chef why…he said to cook as much pee out as possible. That did it for me. So kidneys, brain and sweetbreads are out for me.
But there is a really nice liver and onion dish I learned here. Saute chopped red onions in butter, then add cubed beef liver and the last 20 minutes….throw in 2 sliced Granny Smith apples. Never ate liver before…but this is yummy. They serve it here with a side of mashed potatoes.

That sounds pretty good, actually. And I know when I’m sautéing liver to make paté it smells nice, too. I am definitely going to stay away from kidneys — thanks for that advice! And brain was never going to happen.

Well, at least you tried them.

Only because I did not know what it was….once it was in my mouth…I knew it was bizarre type of organ meat….that I was not going to put in my mouth again. Horrible to say for a chef…but I have my limits

They are very good! Loved the pun!

This was actually the third time I’d had them. The first time they were more fried, and I really liked them. As long as they’re firm. But I still can’t handle the taste or texture of Rocky Mtn Oysters. Yuck!

Ha….I can take RMO if they are fried and I can dip them in sauce 🙂 The ones I ate in Paris were not fried…don’t need any further colorful explanation….

I think for me the problem with RMO (and organ meats generally) is what is their original purpose? And then the preparation. That’s why I can handle liver if it’s foie gras or paté. Can’t do it if it’s just liver and onions. Gives me shivers.