A clutch of tulips pushed out of the parched, rocky dirt in our backyard the other day. I marveled at their bravado and wondered what biomechanics were involved for those hardy green stalks to tunnel their way up out of the dark. I know — you can see it in time-lapse at the science museum, but when it happens in real life, it’s sort of cool. I doubted the plants had enough water to open into flowers — and then several days ago, they blossomed, bright red and cheery. Where had they been hiding over the last three seasons? 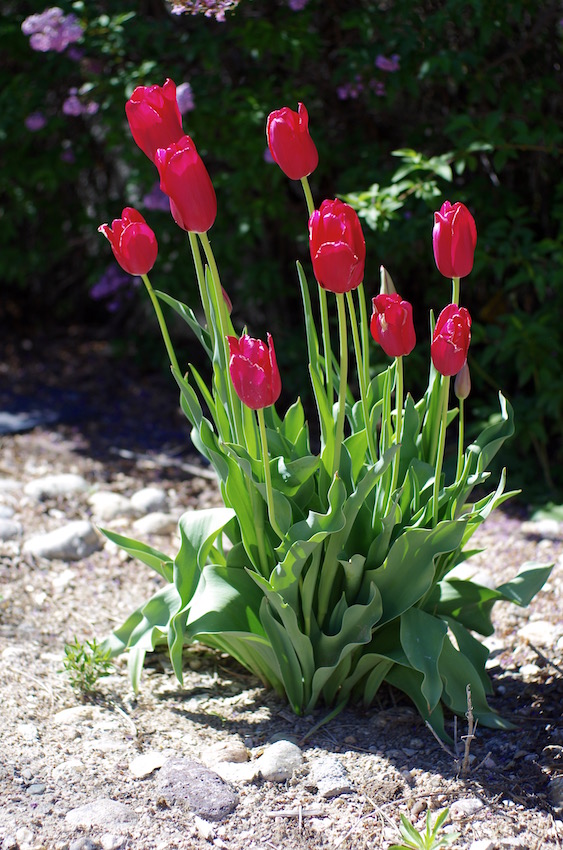 Tulips growing out of dirt, and no water. Where do they get the stamina to keep pushing upwards into the sun?

This is the third spring in our house. Year One saw scorched earth gardening tactics — no tilling, no pruning, no weeding — while we razed the grounds, tearing through concrete, brick and vegetation in an attempt to revitalize the property. It rained a lot that summer and mud dominated.

Year Two the embattled vegetation was hesitant; some grass and a new patio, with that newborn bareness mothers attempt to dress up with bonnets and frills. The baby can’t talk and communication is mostly unformed. But the nascent yard begins to grow, and after the battle comes tentative healing.

That’s why I was surprised to see the red tulips in Year Three. Step by step, centimeters a day, they must have fought their way up from the depths, back into daylight. Somewhere in their cellular makeup they felt their moment in the sun would come, and that taking it slowly, step by step, was worth it. I know. Plants can’t feel like we do. But there must be some impetus to make it happen. Is it only that the harassment had stopped?

My son, Harrison is studying for his end of the year finals, wrapping up his second year of medical school. He stands on the brink of life actually happening, that breathless moment when one moves from living out of a book and into the real world. There will be more exams, plenty of them, but most of his learning from now on will come from life experience as he develops professional skills.

He texted me the other day. It was a snapshot of his desk, study guide open and heavily annotated, and in the background was what looked like a screen shot of the Titanic. When I asked him what he was doing, this was his reply. 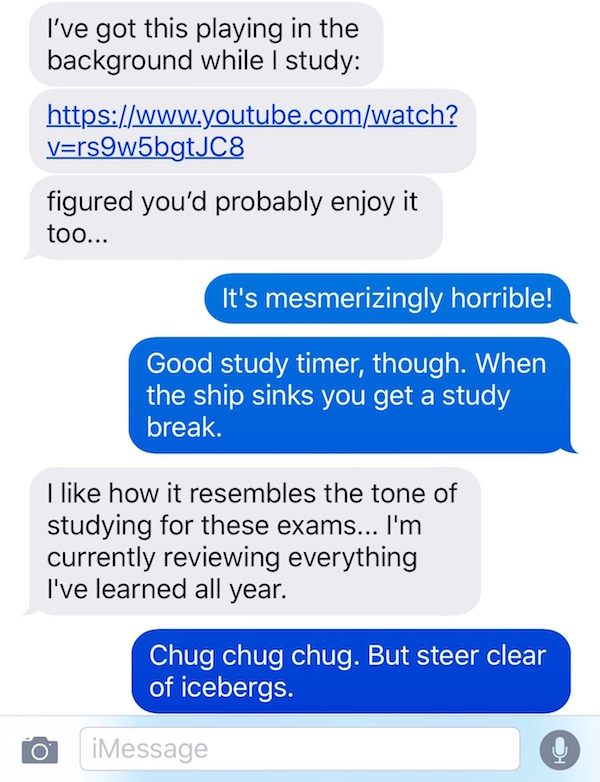 It was oddly ironic, studying for the future while listening to the swishing sounds of water as it flooded, washed over and eventually sunk the unsinkable Titanic. The ship’s great engines churn quietly — ominously — in the background, and after the encounter with the infamous iceberg, warning bells ringing, the ship’s crew calling out commands, there is an erie, hollow echo of impending doom.

The YouTube video runs for 2 hours, 40 minutes, a Real Time presentation of the great ship as it sank to the bottom of the Atlantic ocean floor.

There was something in that horribly hollow echo of the Titanic sinking that made me think of step counters.

FitBit, Jawbone Up, Nike FuelBand — those are a few of the gadgets we use to count the steps we take everyday, putting one foot in front of the other, validating our existence. Chug chug chug. I’ve had friends get upset when, after an active work day they discover they’ve only taken 2,000 steps. If you don’t get in the required 10,000 steps daily, you’ve failed. It doesn’t matter that pedometers are inaccurate — if you ask a physician — who’ll tell you it’s much better to discuss ways to handle your high blood pressure than cheer you on about the number of steps you took last week. 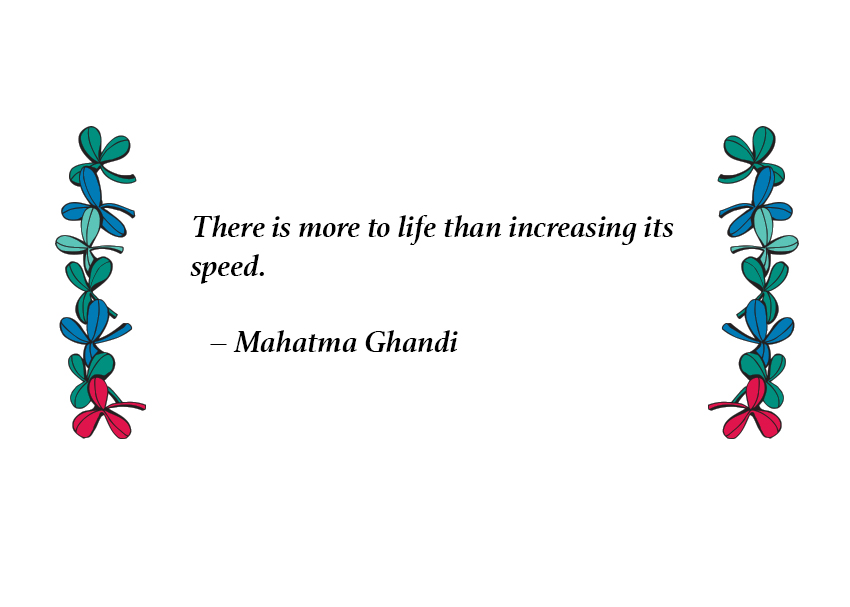 There’s also more to life than simply taking steps. We all want to get ahead and keep moving forward, but if we don’t evaluate the depths of information, if all we are doing is skimming the surface, all we care about are the false achievements, how do we know if arriving at our destination was worth it? What along the journey did we collect and learn? Did we walk across the surface, but forget to account for what was lost? What about the information we might have pulled from every cubic inch of the matter we waded through?

I’m not even sure where there is, but we all get there eventually. It might be a better trip if we learned something from the individual moments.

Grilled Rack of Lamb with Herbs

Nice metaphors, your tulips. Don’t know that I can be as charitable about the Titanic.

Pretty much anything can be used as a metaphor for a thing, an idea, a situation. It’s true, though, that the Titanic doesn’t engender the most positive ideas. It still gives you something to think on.

That’s good advice! Use the best of both!

I haven’t figured the correlation between the tulips and the Titanic but both interesting. The picture of the ship is incredible. It is amazing how this has been re-created.

On a similar note, I just finished the torpedoing of the Lusitania, Dead Wake. It is written by Erik Larson, the same author as the Devil and the White City and the Garden of the Beasts. Perhaps the tulips went through a period of hibernation because they had been long neglected. Now, they feel life has returned for them to be nurtured.

Lovely picture! I’ll try to keep the spirit of the tulips with me.
Judy

Actually, daffodils and tulips like clay soil. So you’re in luck!!!

That’s good to know! Thanks!