The Face of Homelessness Is Not What You Think

Chris Llamas will turn 27 next May. He might bake a birthday cake and whip up a batch of meatloaf, his favorite food. He learned how to cook from his Grandma, using her handwritten recipes. He hasn’t been able to cook for years, but these days he has options. After being homeless for eight years, Llamas moved into a studio at the Guadalupe Apartments, 1520 N. 11th Avenue in Greeley the first week of September. 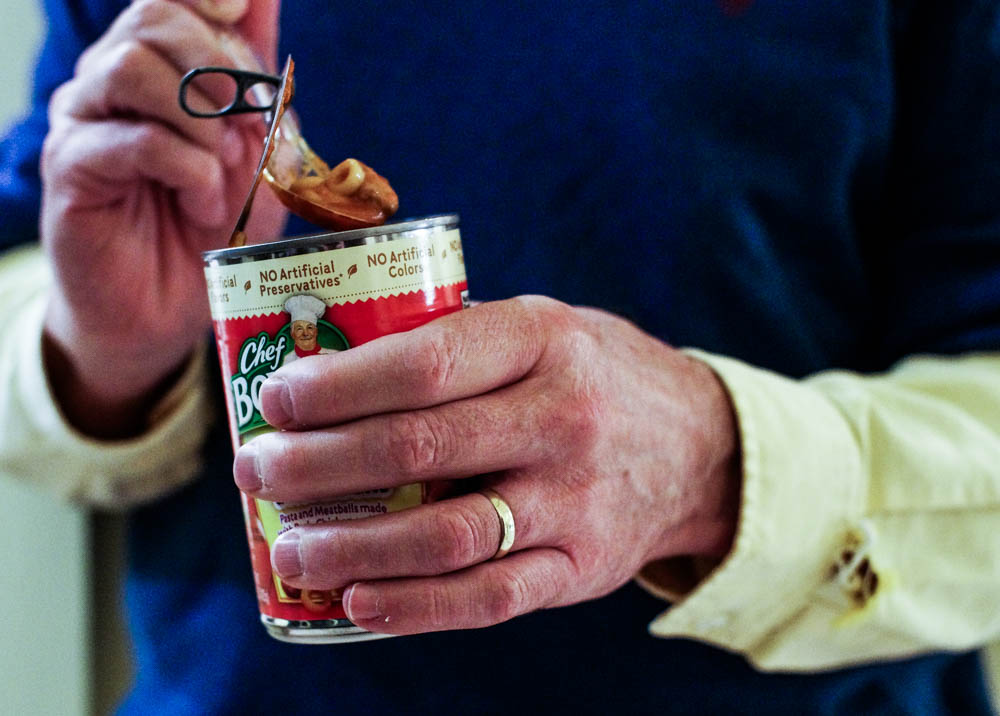 Llamas has a brain injury sustained at 3 weeks old. Doctors told him the left side of his head hit a wall or table repeatedly, causing 60 percent brain damage. Diagnosed with ADHD and autistic spectrum disorder, he lived in foster care until he was adopted by a woman who moved from California to Colorado after she dreamt about adopting a baby. Llamas lived with his adoptive mother from age 8 months until she moved to Arizona when he was 19. Llamas said he is proud of his mother, a registered nurse, because she takes care of herself and is pulling herself out of bankruptcy. But she can’t support her son.

After years of couch-hopping and sleeping outside beneath makeshift tents or under any kind of roof that might offer protection from the elements, it’s not simply a bed that makes him happy.

Now that Llamas isn’t homeless, more than anything he’s enjoying the chance to take a shower and change into clean clothes.

For Llamas and approximately 300 people in the Greeley area, a shower is one of life’s ultimate luxuries. “Being homeless in Greeley isn’t as scary as you might think,” he says. “You wake up in the morning and think about where to go.”

Often, downtown Lincoln Park or a coffee shop were good spots to hang out until it was time to get a meal. The Salvation Army and local churches were daily options for that. But the only way to take a shower was at the Union Colony Civic Center on the recreation side, and that required money and a permanent address.

Showering at a friend’s apartment could get a buddy in trouble. If the landlord found out they could evict the renter, simply because a friend wanted to clean up.

Another daily difficulty is finding a public restroom. While urinating in public has not required registration as a sex offender since 2010, the natural effects of a full bladder can still get someone arrested on a misdemeanor charge. 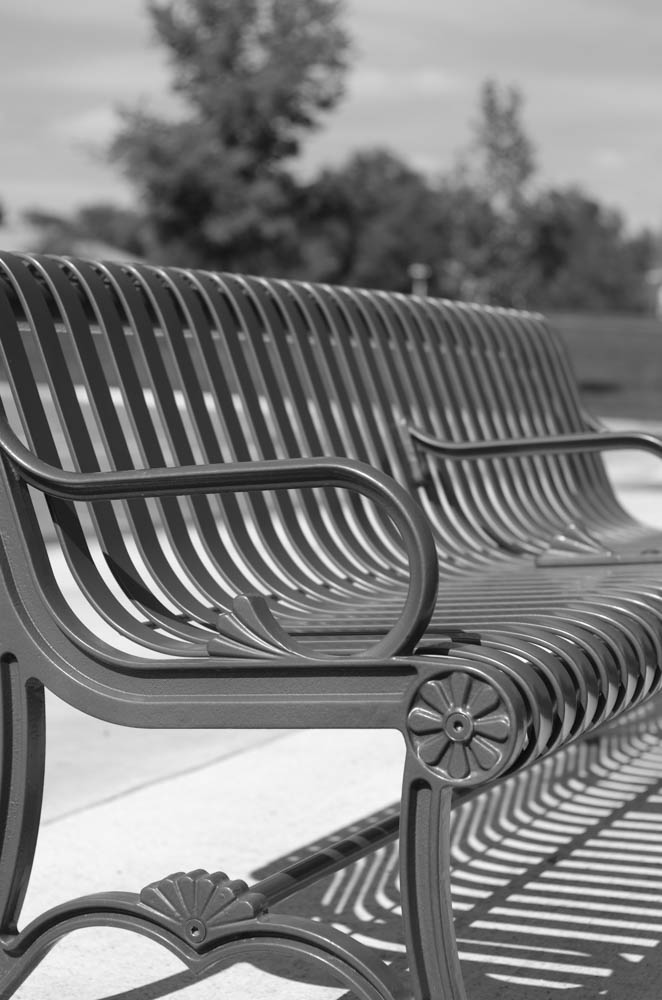 Sleeping options are limited; showers and attempting to maintain cleanliness are nearly impossible.

While Llamas knows a few people for whom living outdoors is a preference, for most, being homeless isn’t by choice.

It certainly wasn’t for Cecil Sandoval and his four children, ages 11 through 21. When he and his family arrived at the Greeley Transitional House in mid-October, they were at wit’s end, faced with the prospect of sleeping in their car that night.

The children’s mother left five years ago, leaving Cecil to parent alone and the family struggling to avoid homelessness. The cramped two-bedroom apartment in which they had lived for over seven years was falling into disrepair, with repeated requests to the landlord for repairs ignored. Because Sandoval’s youngest frequently was ill due to mold in the apartment, the family moved in with a relative. It was only temporary; the relative’s landlord would not allow so many people to live on the premises.

They arrived at Greeley Transitional House that October night where fortunately there was an available room. It was a short term solution, one that, after identifying an apartment large enough for the five of them, will be resolved in several weeks. They have already paid the security deposit.

Sandoval and his two oldest children have jobs and his two younger attend school regularly.

According to Iain De Jong, President and CEO of OrgCode Consulting, 11 percent of the 5.5 million people in Colorado live in poverty. Approximately 11,000 are homeless on any given day.

They are veterans, the mentally ill or disabled, individuals and families for whom life has taken a hard turn. While they may have jobs, often they are unable to find affordable housing. They are people who do not choose to be homeless.

De Jong says, “There is no typology for homelessness and you can’t predict if a person will do well once housed.” But he advocates that it is cheaper to end homelessness than to manage it, that charity doesn’t solve anything other than the initial triaging when there is a crisis.

Based in part on national Housing First standards, United Way of Weld County is fighting to end homelessness in Weld County through the creation of a collaborative council, Weld’s Way Home. Its purpose is “to connect individuals and families experiencing homelessness with aligned resources to decrease homelessness and housing instability in Weld County.”

According to the U.S. Interagency Council on Homelessness,

Housing First is a proven approach, applicable across all elements of systems for ending homelessness. . . connect[ing those in need] to permanent housing swiftly and with few to no treatment preconditions, behavioral contingencies, or other barriers.

The rationale is that people will attain stability if first housed and provided the appropriate level of services. Housing First is a model that encourages personal advocacy and decision-making. It doesn’t punish for what may be impossible to achieve at the outset. There are no expectations of sobriety, taking medication, involvement in a transitional program or income requirements. “You don’t have to be nice,” De Jong notes.

There are also positive health and social outcomes for both the housed and the community actively pursuing the program.

By using a community’s collective resources, once housed, individuals and families can work with services to determine what is best for them to succeed. 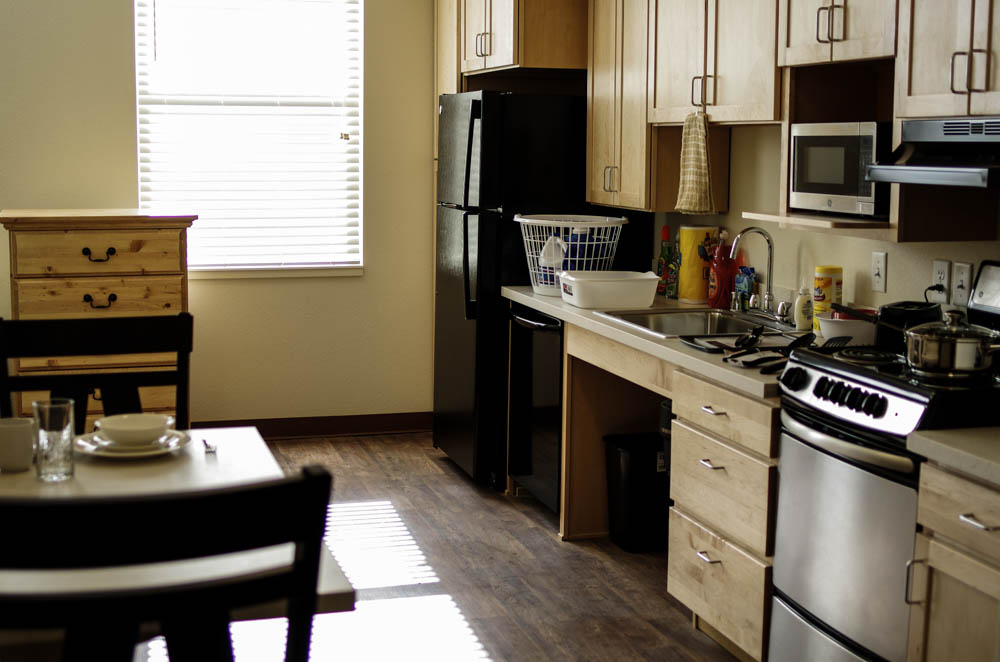 The Housing First rationale is that people will attain stability if first housed and provided with the appropriate level of services. A roof, a bed, a kitchen, a shower. And then needs will be addressed to help people succeed in life. Guadalupe Apartments, Greeley, Colorado.

Housing First is a person centric, interventional model with an 88 percent success rate.

According to De Jong, for every $10 invested in housing, $21.72 is saved by eliminating the need for a services delivery system, and healthcare and police services. Using the Housing First approach, Weld County could save $35,545 per individual on emergency services. Once housed, the program has found decreases or cessation in alcohol and substance abuse and increased success at gaining and maintaining employment. The model diverts shelter stays and helps individuals reach personal goals.

Because of Llamas’ brain injury, he has problems with memory. It’s hard for him to remember instructions at work and few bosses want to endlessly repeat those details to an employee. He’s tried fast food jobs but it’s too fast, he said. He enjoys technology and computers, has read the complete pocket United States Constitution and can discuss legal issues articulately and sensibly. Even so, he can’t find a job and is applying for supplemental social security; he hopes to qualify for a disability, although according to the government, Llamas is not disabled. Now that he is housed, he is working with service providers to resolve this.

For the Sandoval family, with a stable living situation, there is hope for better tomorrows. There is hope the younger children can remain in school and those who are employed in the family will be able to maintain their jobs. They have regained their dignity.

The goal is to end homelessness. Providing a home is the first step. It is about regular meals, showers and being treated humanely. The approach requires persistence, patience and a community’s hard work. But it keeps people doing what they’re supposed to be doing — living well.

And in the end, the entire community benefits. 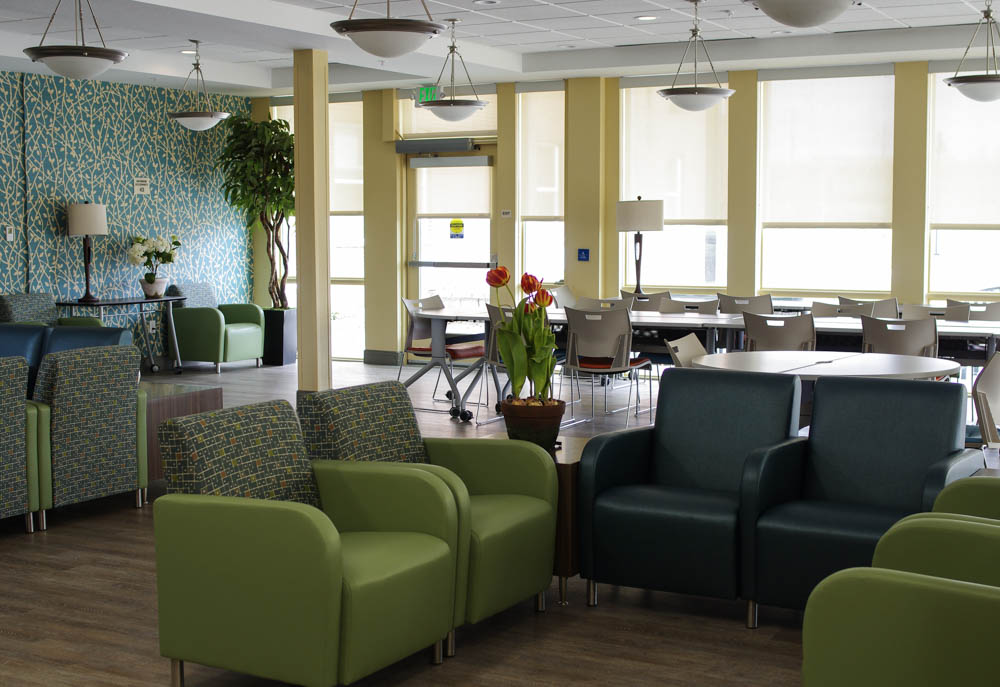 The goal is to end homelessness. Providing a home is the first step. Guadalupe Apartments Community Room, Greeley, Colorado.

United Way of Weld County is kicking off homelessness awareness month on November 3rd. Find out what Weld’s Way Home is doing and how you can join the fight to end homelessness!

Jodi Hartmann contributed to this article.

Award-winning author Emily Kemme writes about human nature, illuminating the everyday in a way that highlights its brilliance. Follow her on her blog, Feeding the Famished,  https://www.facebook.com/EmilyKemme, or on Twitter @EmFeedsYou .

Thank you for a well written and insightful story Emily. There needs to be many different solutions to the complicated problem of homelessness. This article points out many possibilities.

Thank you for this insightful article. I feel totally blessed to have a home, heating/cooling, food on the table, and so much more. When Room at the Inn was available, I always cooked a meal once/week when the group was in our church. We were not allowed to ask our residents any questions, but they were always willing to share their woes with us. I also give to Transitional House and a Woman’s Place for their “twice around” program. Everyone deserves a second chance if they are willing to go in that direction. I do know that the “system” sometimes sends these people in a circle of going nowhere. Thank you again for writing this. Lynette

This is really interesting, Emily, and such a good approach. I’m really glad to know about it.