After a bit of a tease last week in the form of record-setting temperatures (that’s right, a high of 75 degrees in February), coat weather has returned, along with my appetite for beef stew.

I was searching for a bowlful of warm, comforting stew, and not the standard Irish version of meat and potatoes — and I wasn’t in the mood for a brothy Beef Phô, either. What I discovered was the Vietnamese version of stew called Bò Kho, a hearty, thick broth heady with lemongrass and cinnamon essence. Typically served with French bread, given Vietnam’s occupation off and on by France from 1873 until 1954, it makes sense there is some culinary crossover.

Look for lemongrass stalks with other fresh herb packages. Shopping guides are attached for spices. Aromatic and perfumed, the richness of the spices will wrap your kitchen in a big hug as this stew simmers.

1 lb carrots, peeled, and if large, halved, then cut into 1/2 inch pieces 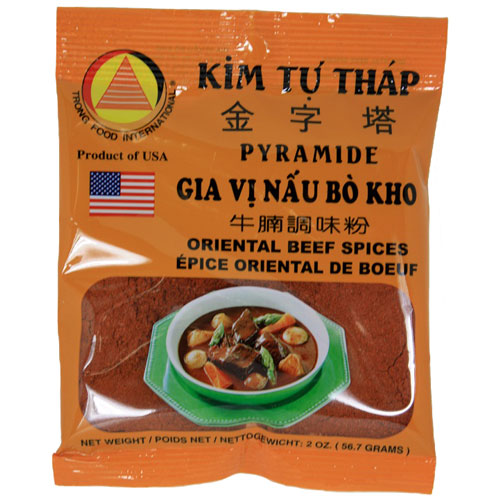 Add remaining 2 T oil to pot and sauté onions over medium-low heat until golden but not browned. 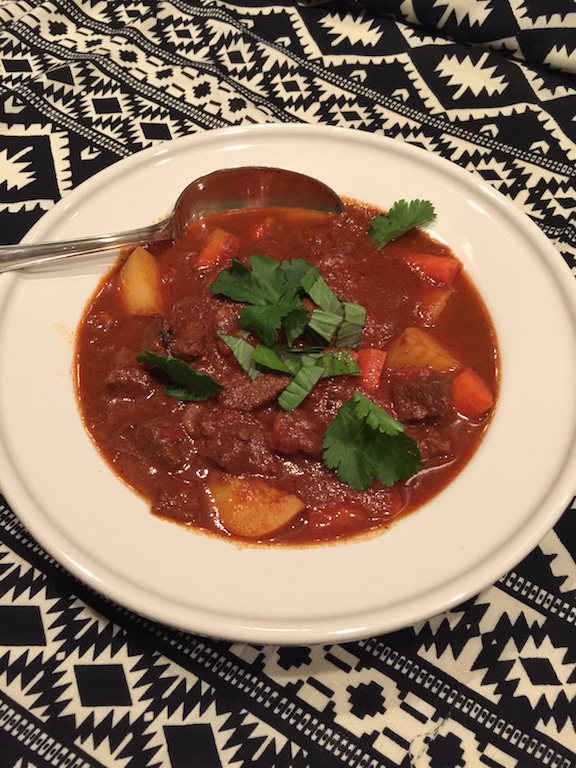 Bò Kho, the Vietnamese version of beef stew, is aromatic with cinnamon and lemongrass and hearty enough to qualify as comfort food. 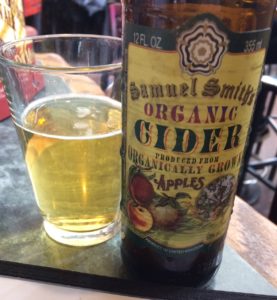 Believe it or not, Stephanie Davis, one half of the Wine Guru team from the popular Wine Two Five podcast, doesn’t limit her alcoholic beverage intake to wine. When she read this stew recipe, she told me it’s time to get out there and try some cider! A couple weeks ago she was skiing with friends and introduced one of them to the concept with a round of Samuel Smith’s Organic Cider, a dry, bottled cider from the United Kingdom. Most interesting part of their restaurant meal? The way that cider was a perfect match for everything the group of diners ordered. Stephanie is certain this Vietnamese stew will find genuine companionship with this refreshing, refined — but not so stuffy — English tart. Priced at $12 for a 4-pack.

Arugula and peach salad with vinaigrette

Award-winning Author. Taste/Features for Greeley Tribune | Join me on my blog for philosophy, recipes, and a whiff of satire. And collies, always the collies.